The Changemaker Project is a charitable not-for-profit organization founded in 2017. We are a national coalition made up of diverse voices that aims to use art and the creative spirit as a platform for social change.

Changemaker aims to promote diversity, inclusion and creativity in Canada by providing opportunities for expression to disadvantaged, low-income people and at-risk youth, and by educating and empowering youth to become leaders for social change. We want to create a sustainable central network where we nourish passions, mentor talent, feed the imagination, build self-esteem and overcome barriers to creativity, and where youth can participate fully in the safety and security of healthy communities.

Our mandate is to counter all forms of discrimination or inequality that act as social or economic barriers to people’s participation in society. We are a coalition made up of diverse voices that use research, educational programs, and prosocial activities such as art, sport, dance, music, creative activities and film as a platform for social change. 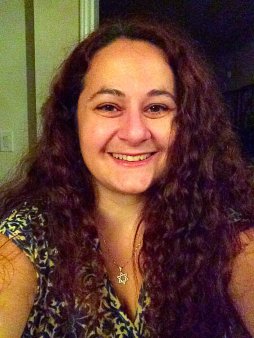 ELISA HATEGAN is an author, public speaker, journalist and Regional Coordinator for Central Canada and the United States for Against Violent Extremism (AVE), a global network of former extremists and survivors of extremist violence. As a teenager, Elisa was the inspiration behind the 1998 CBC film White Lies, which starred Sarah Polley as Elisa and reached millions of viewers. Her story has since been published in the bestselling 2014 memoir Race Traitor: The True Story of Canadian Intelligence’s Greatest Cover-Up.

Elisa is a co-founder of the Changemaker Project and the founder of a Toronto LGBT writers’ group. Her articles have appeared in prominent newspapers such as Canadian Jewish News and NOW Magazine, while her poetry and prose have appeared in prominent literary journals such as The Fiddlehead, Grain Magazine and CV2. She is a multiple grants and awards-winner from the Canada Council for the Arts, Ontario Arts Council and Toronto Arts Council.